Did Kubernetes Take Over VMware Explore? You Be the Judge!

VMworld is now VMware Explore. Regardless of mixed opinions on the name change, one thing’s for certain: Kubernetes was a hot topic at many of the breakouts, panels and discussions. But did it really take over the event, like many of us thought it might?

In a recent webinar that aired prior to VMware Explore, Kasten by Veeam’s Michael Cade interviewed three cloud native experts: Katerina Brookfield, Technical Marketing Architect at VMware; Dean Lewis, who works for the Cloud Management Business Unit at VMware; and Geoff Burke, a Senior Cloud Solutions Architect based in Toronto. While they all agreed that Kubernetes would be the focus of many conversations and sessions at the event, none thought it would overtake other topics completely – at least not this year. Were they right?

A Focus on Cloud Native

If you review the VMware Explore website, you’ll see that one of the four areas of focus at the event was “Build and Operate a Cloud Native Platform.” This track included sessions on how to secure, run and manage all cloud native apps across clouds. Sessions related to this announcement included hands-on demos and labs about deploying cloud native apps to VMware Tanzu and developing an open source strategy.

Labs included using Tanzu Mission Control to provide management at scale for Kubernetes environments, working with the Tanzu Kubernetes Grid, and how to use Tanzu for Kubernetes Operations. All in all, about 10% of the sessions at the show were dedicated to Kubernetes-related topics, five of which were hosted by Kasten.

For example, in an informative Breakout Session titled, “The Journey: Veeam and VMware: Cloud, Security, Kubernetes,”  Kasten by Veeam’s Michael Cade and Anthony Spiteri explored the requirements and solutions for Kubernetes data and application backup and recovery. During the session, they demoed data protection innovations in Veeam Software that support hybrid cloud deployments and enable data protection for virtualized workloads running on either hosted or multi-tenant environments, including VMware Cloud Director. They also showcased the new capabilities in Kasten K10 v5.0 for VMware with Tanzu, including VMware Tanzu Kubernetes Grid. 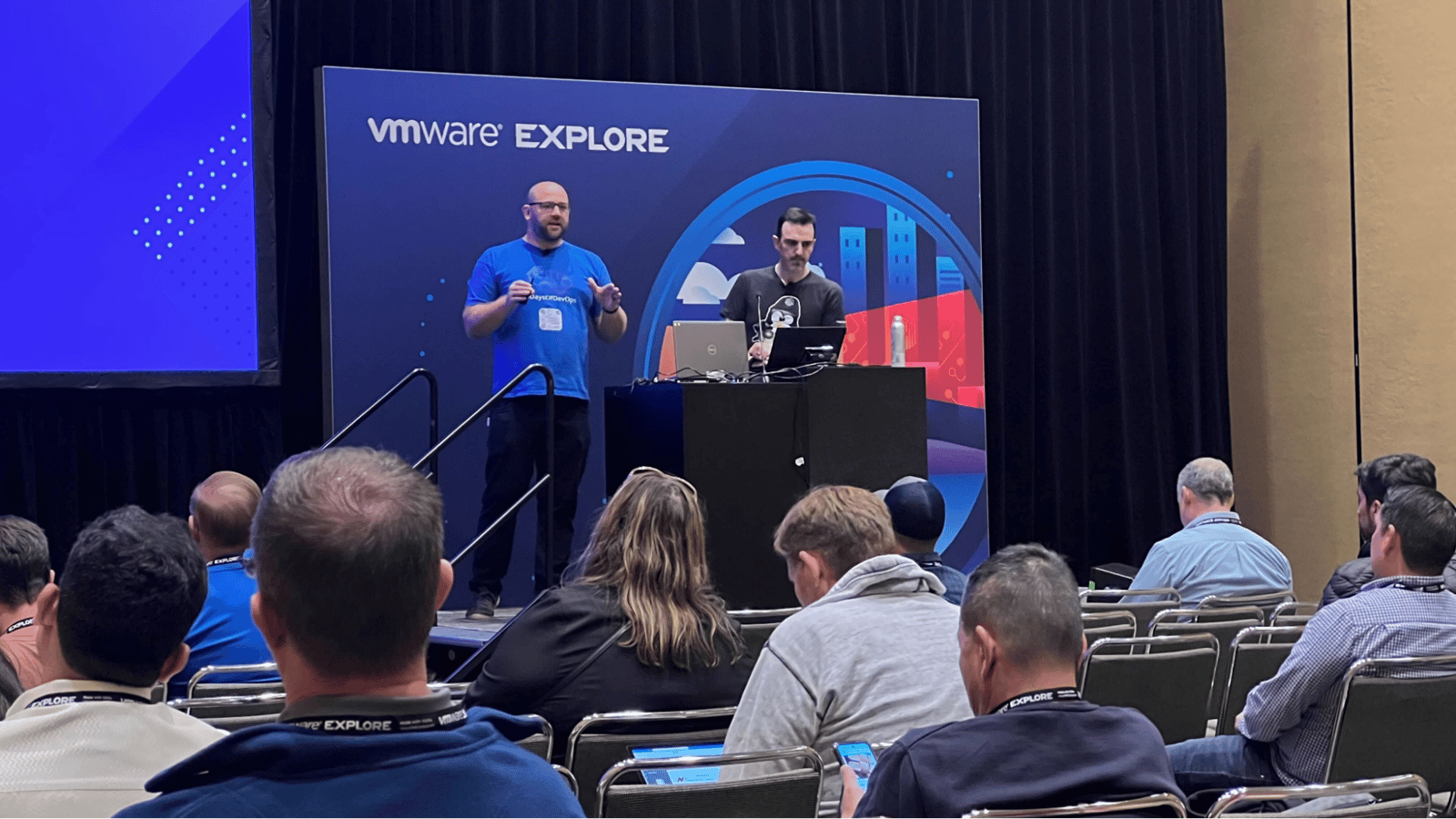 Other topics covered in Veeam sessions included best practices for Ransomware protection, the Veeam community, the DevOps Learning Journey, and the evolution of applications over the past two decades.

In addition to a number of sessions focused on Kubernetes, VMware set up a Kubernetes Corner at the event, and Kasten staff were on deck answering questions about backup and recovery as well as general questions about Tanzu Community Edition, which Geoff Burke hailed as a great way to learn Tanzu and get up to speed. “You can download it and run it on your machine locally in Docker, on a vSphere environment, or in a public hybrid cloud, and use it to replicate production software for testing and exploration, without having to sign or pay anything,” he said.

At the event, Kasten staff was able to talk to attendees about how Kubernetes was being used in their organizations. While most were primarily dealing with VMs instead of containers, a significant number of them acknowledged that Kubernetes projects were indeed happening in their organizations, even if they weren’t involved. Overall, the eyes of the world are continually being opened to Kubernetes and its anticipated rise in the business world and beyond. 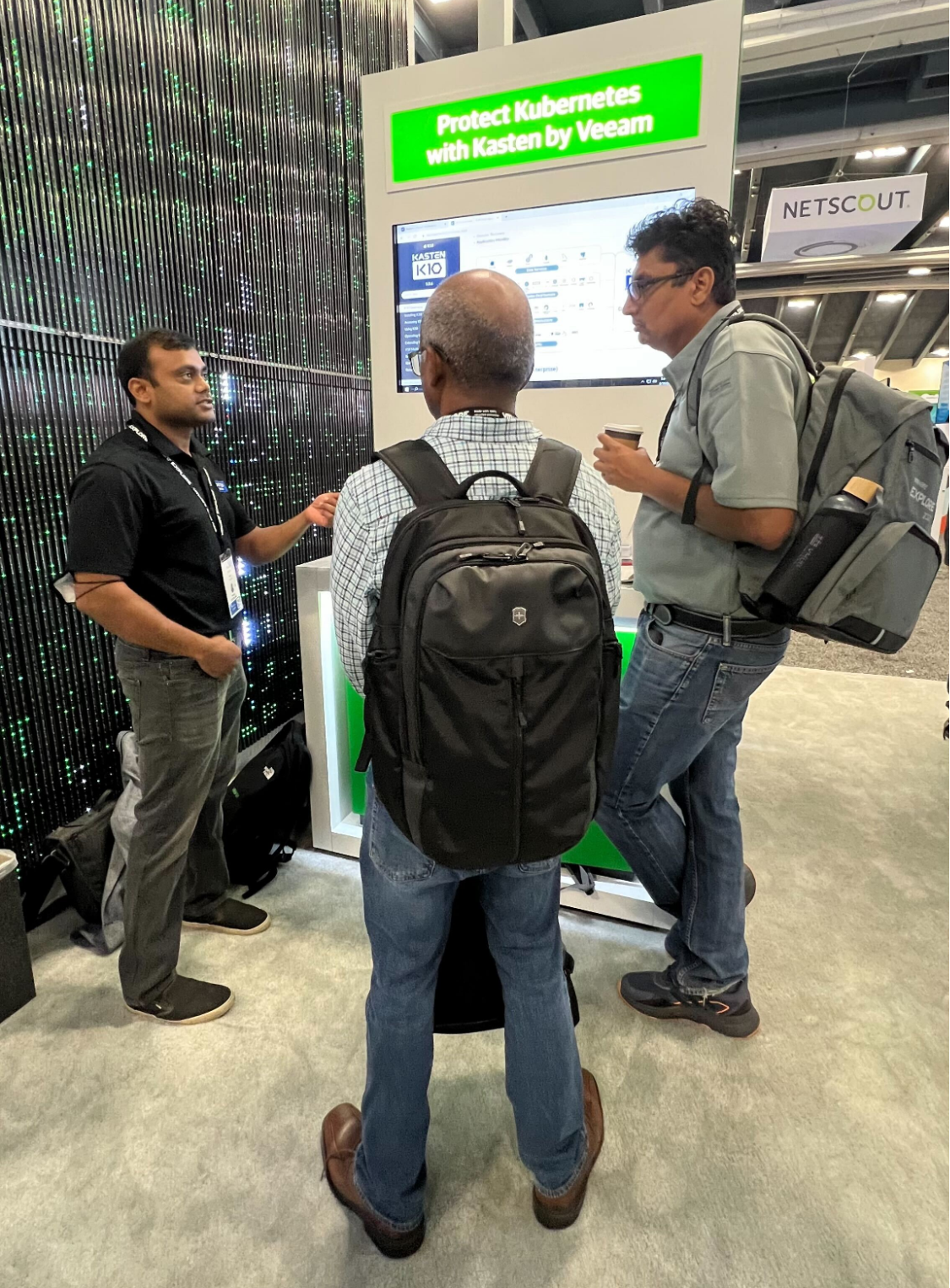 Will Kubernetes ever take over VMware Explore?

While Kubernetes did not take over VMware Explore this year, according to Burke, it’s not a question of “if,” it’s a question of “when.” One thing’s for certain: Kubernetes will be more integrated into the traditional IT stack in the near future.

Now is the time to invest in DevOps and get ready for the shift to cloud native. Read how you can enable the vSphere with Tanzu support in Kasten K10 v5.0. Also, Make sure you check out our Solution Brief: "Protecting vSphere® with Tanzu™ VMware and Kasten K10.

New to Kasten K10? Learn how Kasten K10 can help bolster the security and resiliency of your Kubernetes environment, and try Kasten K10 today for free.

Cloud Field Day 13 - Back in Person 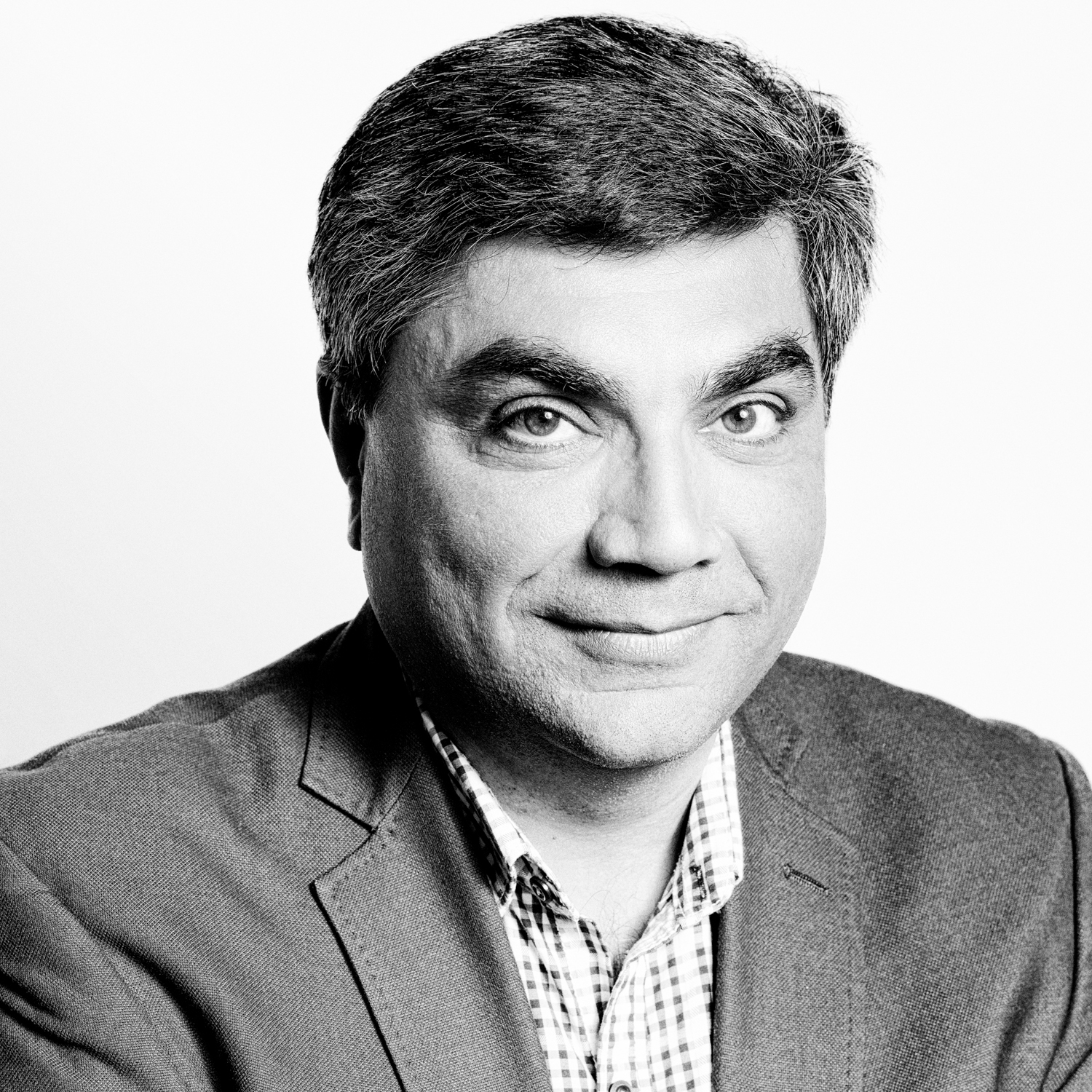 Maziar Tamadon is Product & Solution Marketing Director at Kasten by Veeam. He is a seasoned, passionate technologist with over 25 years of industry experience and a well-rounded expertise across datacenter and cloud technologies, such as storage, networking, computing, virtualization, and security. Prior to joining Kasten by Veeam, he held product marketing, product planning and strategy, product management and engineering positions at Scality, Seagate, Broadcom, Emulex, Brocade and Hewlett-Packard, in the US and France. He holds MS in EE and CS from the Institut National Polytechnique de Grenoble in France.

How Cyberlogic and Kasten K10 work together